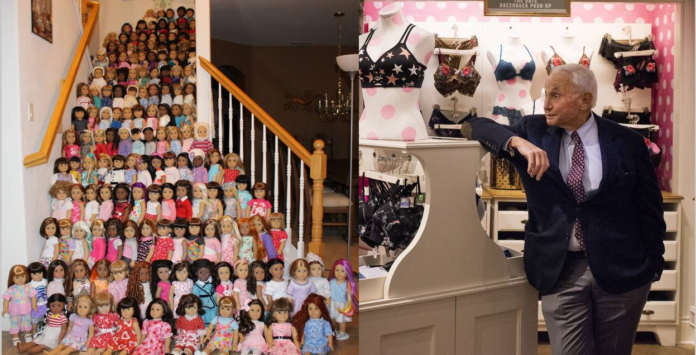 Columbus billionaire and doll collector Les Wexner announced today that he will be auctioning off his world class American Girl doll collection and donating the money to local charity Found In A Sewer, a nonprofit that helps rehabilitate children found on the street by preparing them for a lifetime of rape at the hands of the world’s wealthy elite.

The doll collection is among the most valuable in the world thanks to its exclusive line of Victoria’s Secret brand outfits and other one-of-a-kind accessories. Experts expect it to fetch at least five million dollars at auction.

Wexner, CEO and chairman of fashion empire L Brands, parent company of Victoria’s Secret, has collected and auctioned off doll collections several times since the 1980’s. His collection of sexually active Cabbage Patch Kids dolls sold for one million dollars in 1988. The proceeds were donated to nonprofit Sex Toys for Tots.

Friends close to Wexner say he alternates between collecting and defiling dolls for sexual gratification.

“Usually, old Les rips his dolls to shreds the moment he gets them. It’s the only way he likes them: broken and full of holes. But these dolls, oy, they’re in mint condition,” says Alan Dershowitz, a prominent lawyer and Wexner associate with knowledge of the billionaire’s charitable work. “I know a lot of wealthy men who can’t wait to get their hands on them.”

It is rumored that Bill Clinton had already prepared to buy the doll collection, but prefers the sport of the auction. He says the auction house, “adds a whole new dimension to purchasing such perfect little girls, to outbid all the other ravenous men with fat wads in their pants, those greedy punks that want to hurt my angel babies.”

Other creepy pedophiles are expected to bid en masse for a chance to help fund global exploitation.

The doll collection will be listed on online auction site eBay and begin accepting bids on August 18th at 9pm EST.