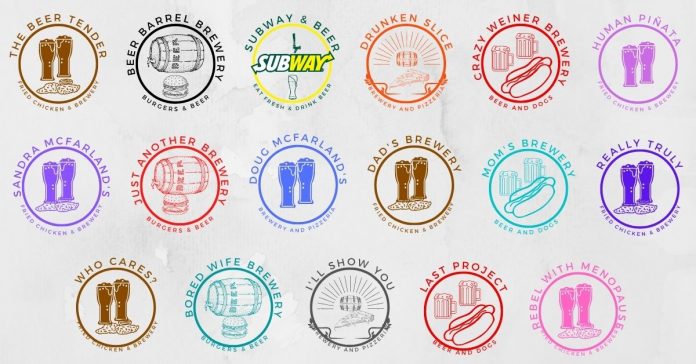 Delaware is working to cement itself as a destination for craft beer lovers, with seventeen new breweries set to open on the city’s East Side by 2024.

The area between the Olentangy River and Lake Street has been dubbed the “River East” by developers and local officials.

Sean Hughes, Director of Economic Development for the City of Delaware, announced the plans Friday afternoon from his highly secure business lair beneath city hall.

“We’re excited to welcome these new businesses to Delaware and to help catalyze further development in the River East district,” Hughes said. “We evaluated thousands of proposals, but these businesses stood out for their originality and alignment with our inspiring vision for the city of Delaware.”

Each will offer a unique take on the craft beer experience, focusing on delectable chicken tenders, tantalizing brews, and a commitment to providing an exceptional customer experience in rustic environments.

“We believe in the power of alcohol and food to distract from the tortured reality of living in a cultureless void,” said Subway & Beer co-founder Joe Johnson. “We’re excited to be part of the River East district and to bring our fresh, delicious, locally-sourced Tyson chicken tenders to the people of Delaware.”

Not everyone is thrilled about the influx of breweries, with some residents expressing concerns about the “gentrification” of the River East district.

“I’m not against having breweries, but it seems like every other week there’s another one opening up. I can’t conceive of having seventeen more in such a small town,” said resident Sarah Jones. “That said, I thought it was cool that all of the items at the new breweries were the same price. I’ve never seen that before. At least they are thinking outside of the box.”

Whether you’re a craft beer lover or not, there’s no denying that the River East district is becoming a hot spot for new businesses and development. With so many brewery-restaurant concepts set to open in the next few years, Delaware is poised to become one of Central Ohio’s most intoxicated small towns.

Menus from some of the new establishments are available below.

Which spot excites you the most? Let us know in the comments!