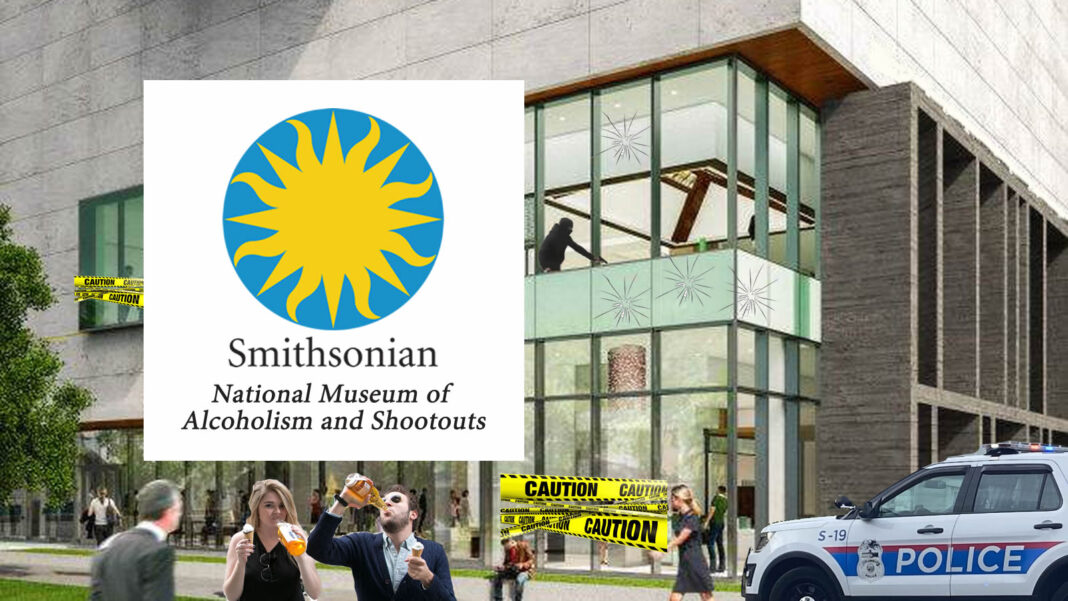 According to an announcement from the institute’s board of regents, the Smithsonian Institution has selected Columbus, Ohio as the home for its new National Museum of Alcoholism and Shootouts.

Columbus Mayor Andrew Ginther is a vocal supporter of the project and says he will welcome the museum with open arms and a keg of Seventh Son’s The Scientist IPA.

“When most people think of Columbus, they think of having too much to drink, dodging bullets, or committing a gun crime. And for many of our residents, doing all three is colloquially known as Tuesday,” Ginther said. “I can’t think of a better home for a museum dedicated to our country’s love of drunkenness and violence. We aren’t just interested in those topics here; we live them every day. As a result, we will be able to show visitors a more authentic experience than anywhere else in the country.”

The Ohio State University says they will finance and curate an exhibit at the museum that emulates a walk down High Street at 3 a.m.

“There are notable examples of alcoholism and gun crime from across this great country of ours, yet the most prominent example likely exists right here in Columbus, right in the proposed museum’s backyard,” said Ohio State University Director of Communications Todd Hoadley. “We encourage our students to take ‘The Walk of Fuck Man, Are You For Real?’ at least once, and we hope to share that experience with the rest of the country. The walk includes getting dangerously drunk in the Short North and then walking back to campus on foot because your phone died and you’re unable to call an Uber. Along the way, you encounter several increasingly hostile individuals, culminating in an armed robbery that occurs just moments from your doorstep.”

The Secretary of the Smithsonian, Steve Wilko, said choosing a site for the new museum was a tough decision but that Columbus ultimately met all of the search team’s criteria.

“When evaluating potential sites, we were looking for a place that screamed ‘up and coming on paper but going down the drain in reality,’’’ Wilko said. “After researching Columbus and speaking to current residents, we could tell the city met the bill. Everyone seemed to agree that the city had tons of potential that would never be realized because everyone is too drunk, afraid, incarcerated, or riddled with bullets.”

Asked how Columbus Police would keep visitors safe amidst a surge in violent crime, chief Elaine Bryant said her officers were excited to do their jobs for anyone except locals.

Chief Bryant noted that her department would continue ignoring Columbus residents until they were all dead.

Exhibits planned for the new museum include:

The museum plan requires the approval of Congress to move forward, and Smithsonian officials hope to have a funding proposal ready for lawmakers by Spring 2022.