There has been a lot of debate about what is tasteful in sex columns, especially in college newspapers. Many columns push the envelope in terms of taste, but have a redeeming value in being educational. I can assure you that this column will have no redeeming educational value. There is absolutely no reason to have this column, except to entertain sick individuals. Enjoy.

This first column will be concerning shit…and how it is used in sex.

I love sex… as long as there is poop involved. If a girl is uncomfortable with me putting my dick up her ass, getting the brown stuff all over it, and putting it at her nostrils, then I will have nothing to do with her. One girl tried to slap me when I waved my poopy dick in her face. I grabbed her hand and head butted her. There is no need for that kind of disrespect.

Now…some of you may be saying…’well isn’t putting a shit covered cock in someone’s face disrespectful?’ I say no. I think sex without poop isn’t really sex at all. I once tried to pull off an amazing feat. People tell me that “Space Docking” isn’t possible. I failed on my first attempt.

“Space Docking” is when you take your pants off (if they aren’t already) and squeeze out a Cleveland Steamer into the pussy of your partner. I found a good candidate to attempt this scientific experiment. She was a well documented whore. If my dung was going to land in any girl’s pussy, it would be hers. I started off well, because it was a nice long piece of shit. It started to hit the vaginal area, but it eventually curved off and fell down her leg.

I felt defeated. I did not know what I should do next, so I picked up the piece of shit and put it in the girl’s mouth. She resisted at first, but eventually chewed and swallowed the entire piece of excrement. I proceeded to jerk off on her face. I was satisfied.

This next move I want to teach you is called “The Signature.” This position begins with the girl on all fours. The guy sits on the girls back, facing her ass. Both of the people try to take a shit at the same time, but try to make sure it is nice, solid shit, because if you have diarrhea it can become so messy it won’t work. So the girl shits, and the guy shits at the same time, on the girl’s back. The guy grabs the shit from the girl’s ass, turns around, and places the turd on her back, next to his turd. He proceeds to use the shit like finger paints to write his signature on the girl’s back. There is a couple ways he can do this. He can spread shit all over her back, so her entire back is brown… and then write his name in that, or he can write his name entirely out of the poop. He could even use the pieces of shit as markers. Get creative.

Another creative way to get down and dirty is doing some nice, traditional anal. But what if your bitch forgot the lube? What do you do? I was in this situation myself a couple weeks ago. After I slapped her in the face for being so stupid, I realized that I had had Mexican for dinner earlier that evening, and it was about to come out as diarrhea. I told her to lay down on her stomach, while I aimed my asshole at hers. I shot a pretty accurate stream down her sphincter, and !voila! Problem solved. That’s what I call Poopricant.

Well… that is all I have for now, but I am always looking for new ideas. Contact the Tranny if you have any experience fucking with shit. My next column will probably deal with how blood is used in sex. 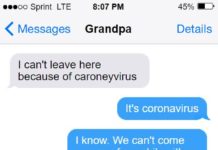 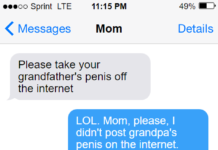