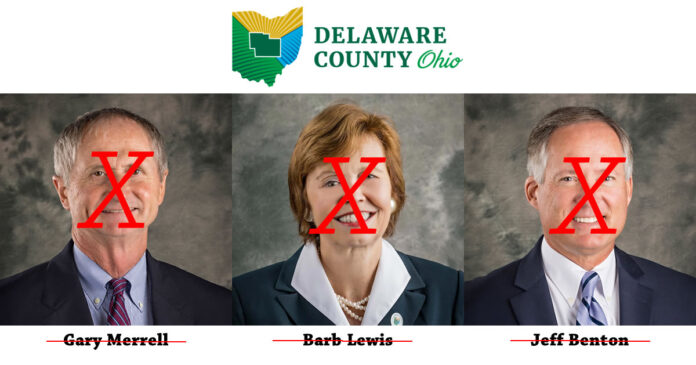 The Delaware County Commissioners voted 2-1 yesterday evening to preemptively cancel themselves for being too white.

Commissioner Barb Lewis, who submitted the resolution and voted in favor of the measure, acknowledged that she was almost too white to function in today’s society.

“I’m so white that I can barely put my own shoes on,” Lewis said. “What right do I have to govern an entire county of people? None whatsoever. It’s only a matter of time until cancel culture comes for us, and for good reason, so I feel this resolution is the best thing for the people of Delaware County. Our constituents need to know that we know how white we are and that we hate it as much as they do.”

Commissioner Jeff Benton, a former banker who is considered one of the whitest wyt people to ever be white in this great sea of whiteness, also voted in favor of the measure.

“I’m not ashamed of being white, yet, but someday I will be, and I think it is good to get ahead of it,” Benton said. “Times are changing and we have to change with them. It used to be that my handsome white face would open doors — now they just crack open a little bit so the people on the other side can contemplate my intentions. I used to rape and pillage with impunity — now I have to ask permission and beg forgiveness afterward. I’m saddened that it has come to this, but with this vote, you can consider me canceled.”

Third term commissioner Gary Merrell, a man respected on both sides of the aisle for his fairness and decency, voted against the resolution.

“I acknowledge that I am white, but I do not believe that I am too white to effectively represent the people of Delaware County,” Merrell said. “I have a diverse family and pride myself as someone who has an open mind and considers people of all backgrounds, colors, and creeds as equals. I certainly govern that way. Voting yes on this resolution would send the wrong message and would contribute to the ‘cancel culture’ that I believe we should be working to eradicate, not embolden. We can address the inequalities that exist in our country without canceling voices that don’t fit a certain narrative. Anyone that wants to be part of the solution deserves a seat at the table. The only way we will continue to grow and heal as a nation is by taking steps together.”

After taking a few moments to ponder Merrell’s words — looking at one another and trying to acknowledge the wisdom of what was said without appearing to take his side — the woke members of the audience promptly booed and threw tomatoes at his face.