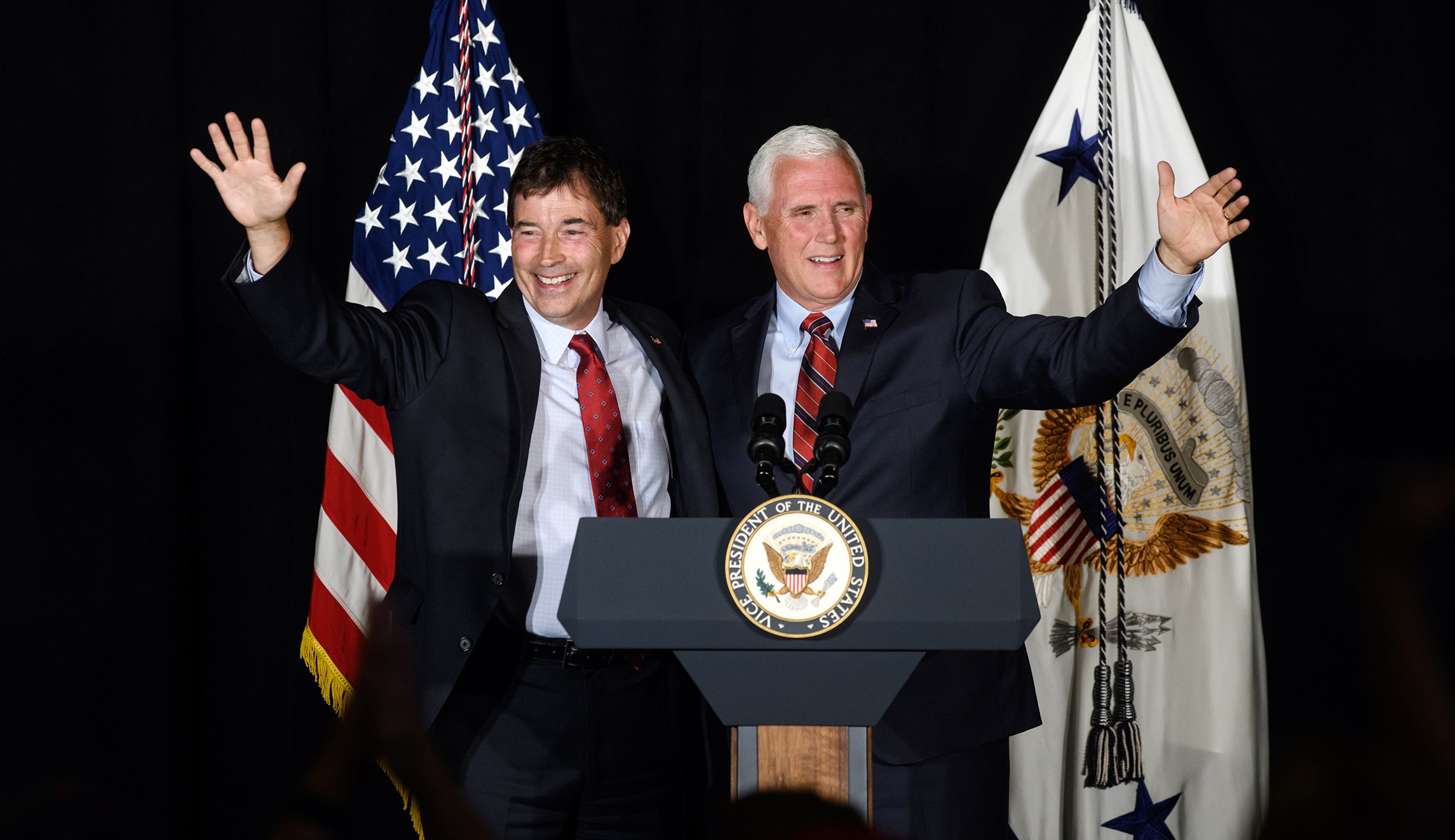 Republican Troy Balderson has declared victory over Democratic opponent Danny O’Connor in the special election for Ohio’s 12th congressional district, which was vacated earlier this year when Rep. Patrick Tiberi retired to live a more meaningful life as a preschool corrections officer. The race came down to the wire Tuesday evening, with a margin of just 1,700 votes.

Approximately 3,000 absentee ballots have yet to be counted and probably won’t be because no one wants to do that.

In a brief victory speech that few listened to or gave a shit about, Balderson acknowledged his opponent was likely the better man for the job and went on to promise supporters that he would disappoint them in every way possible.

“We did it. All of you did it, I mean. I could not be more proud of you strangers. Most of you are volunteers. I don’t know why you do it, but you do. It makes the whole machine work. I have been elected to be your congressman in a race that I believe is a great reflection of our values at home here in Delaware County. We aren’t the academics or talented people with all those fancy ideas and solutions. We don’t live in the big city with buses and bike rentals available on every street corner. We’re blue collar folks who own law practices and manufacturing plants. We drive to work. We lead by following. Today you you voted for the man you can trust to be just like everybody else. You know I don’t have any ideas, or the stomach to see anything through if my brain decides to on for some reason. You know who I’m beholden too. I won’t get in the way of society’s regression. I promise you that,” Balderson said. “I take that responsibility seriously. I am committed to never caring about anything you have to say unless you pose a threat to my family or income. If you have the money, you should get what you want. When I finally go through the motions down in Washington, you can rest assured that I will be unreachable and unresponsive to the point of being reported dead by my friends and family.”

“My opponent fought a tough race. He was obviously interested in winning and trying to make an impact on the world. In that regard, he was clearly the better man for the job, and if he could do all the work while my family reaps the benefits, he would have had my vote in a heartbeat. But as you know, talents and genuine ambition aren’t always enough to get ahead in this world. Sometimes, someone else has to put in the work to get you you where yet another person thinks you can go in order to support their plans for world domination; you have to be chosen and purchased by better men who understand your potential in this world. I learned that right here in Delaware County. If you have more money than other people, they can’t really compete with you, and you can eventually wait them out until they go broke. We proved that again tonight. Ideas and goals don’t matter. They mean nothing, folks. Not here in Delaware. You just talk and talk and talk and say thank you a lot and smile and wave. We did it. Money flowed into Central Ohio from across the country during this campaign, millions of dollars, all to guarantee my limp penis makes its way down to Washington. That’s exactly where I’m going, folks. You will never see me again.”

Balderson left for the airport immediately and boarded a private flight to Washington where he’ll spend the next several months ordering around the group of migrant laborers remodeling his Georgetown condominium and lining up underage escorts until he’s told to go vote on something.