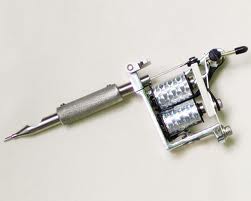 A Powell man was arrested on suspicion of tattooing unsuspecting homeless people sleeping on the train tracks above W. Central Avenue late Tuesday night. The man allegedly slipped four bums powerful sedatives so they would not wake during the procedure. The tattoos, covering the bums’ backs, arms, and legs, were reportedly racial and homosexual slurs such as “nigger,” “faggot,” and “Andrew Brush’s child penis.”

A Delaware man was seen fleeing a house in the 100 block of North Sandusky Street late Monday night holding several Republican campaign signs, a screeching cat, and a dead duck. Please contact Delaware Ohio News with any further information about this man. We have staff openings.

A Delaware doctor was arrested on suspicion of terrorism, treason and sedition for offering medical services free of charge during normal business hours on Wednesday. The Delaware Police Department contends that no such man has ever existed, and that all questions regarding his whereabouts must cease.