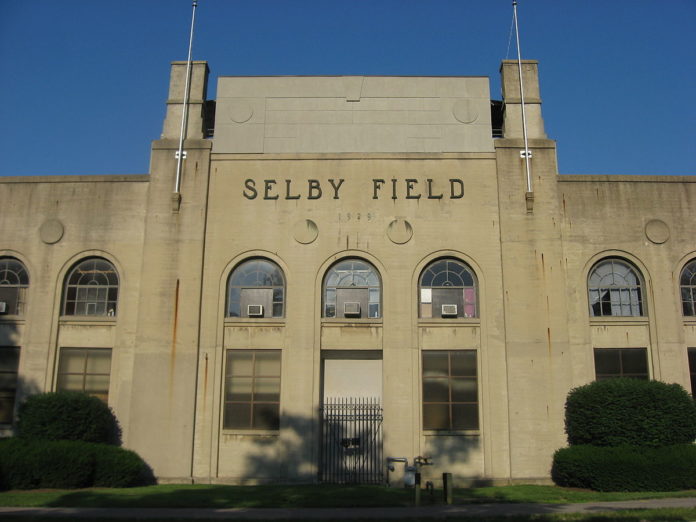 The Ohio Wesleyan University football team is hosting a testosterone drive for the Sexuality and Gender Equality House next weekend at Selby Field. Any and all male students are being invited to donate their semen to assist transitioning students.

A flyer for the event reads, “Every drop makes a difference.”

According to Planned Parenthood, transitioning is the process of altering one’s appearance to mirror the gender with which one identifies, a process which relieves distress originating from a sense of incongruity between the way one perceives oneself, as well as how they are perceived by others, and who they believe themselves to be. The medical transitioning process generally involves hormone therapy and surgeries, though, a person can identify as transgender without undergoing either.

Senior captain Tom Bonnard says the team had been looking for opportunities to give back to the community and that they have excess semen to share.

Junior tight-end Jamal McMurray said jerking off around his teammates was strange at first but now it’s a regular part of practice.

“Coach has asked us to stay after every morning and afternoon practice, right before we shower, to crank out a couple loads. Then we go to study group,” McMurray said. “I didn’t like it at first, doing it all together in the same room, especially with Coach watching and saying how we should squeeze our dicks extra hard to get the last drops. But, we are strong together; we can do anything as a team.”

According to Ohio State urologist Dr. Martin Klineman, ingesting semen isn’t the best way to increase one’s testosterone levels. In fact, he suggested that more effective cross-sex hormone therapies not only exist, but are becoming readily available to persons as young as three years of age– so long as they are diagnosed by a licensed medical professional.

“There is no football team on Earth that could produce enough semen to rival existing testosterone treatments,” Klineman said. “Every player would have to ejaculate into a single patient’s mouth at every viable opportunity– up to 15 times a day– for 5-10 years straight in order to come close to what is contained in a typical monthly hormone schedule. On top of that, the testosterone available in semen is not absorbed through the digestive system, rendering this entire event a bizarre, unnecessary charade.”

Students from the house in question are appalled by the efforts, and expressed grave reservations.

“I’m fucking pissed! This shit makes me want to murder every fucking white cis-het on this campus. They deserve to be skinned and set on fire,” said senior Sophia “Xander” Mittelclaz. “They should consider themselves blocked!”

Bonnard was not discouraged.

A follow-up event is scheduled for the following weekend, where football players intend to decorate pipettes volunteered by the Chemistry department, to help SAGE members ingest the semen.