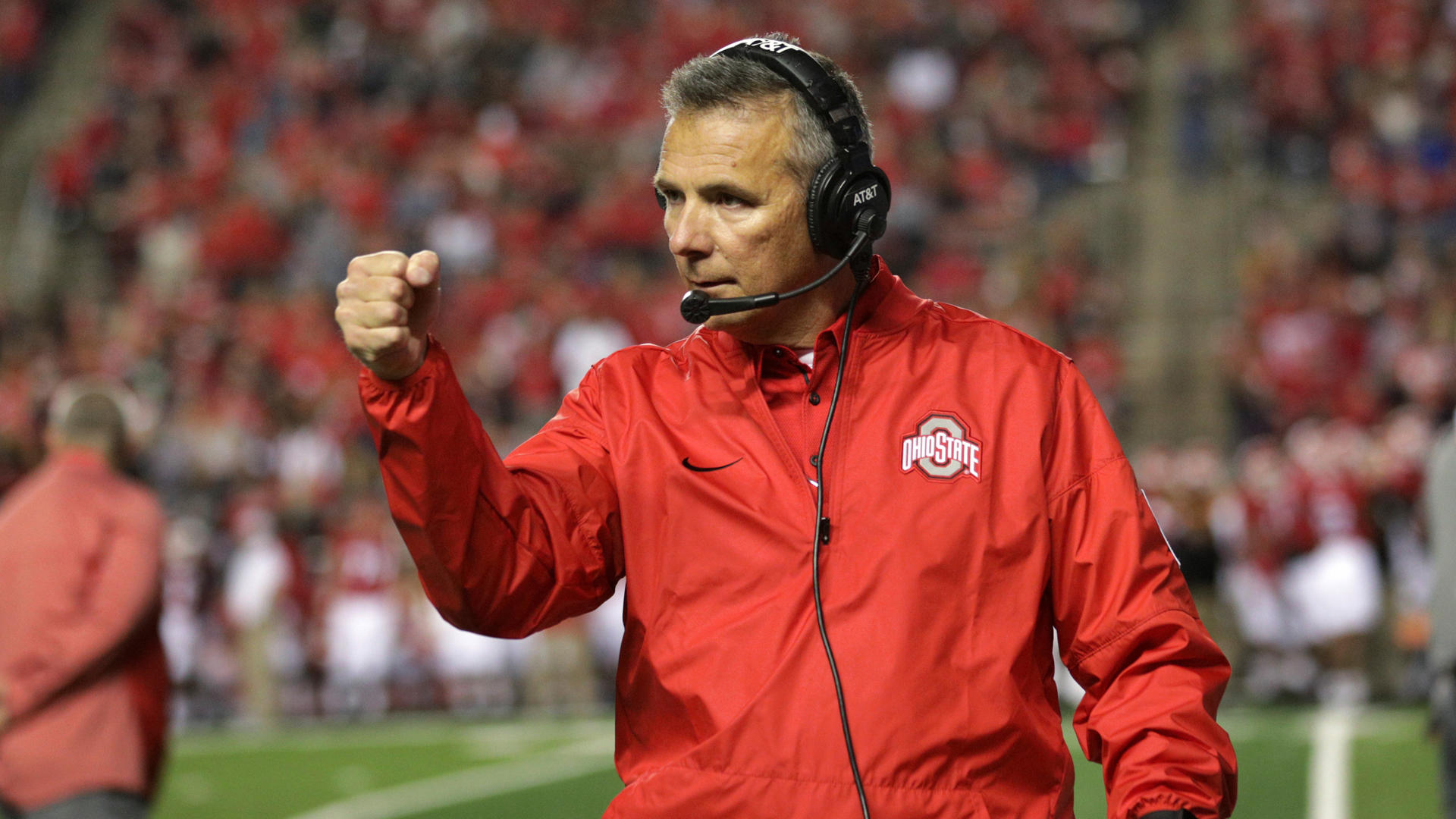 This whole Urban Meyer fiasco got me thinking: Why do we even need a justice system when we already have highly paid college football coaches who are perfectly capable of doling out punishment and deciding the fate of accused criminals as part of their regular coaching duties?

These coaches are paid millions of dollars a year. Why should tax payers have to spend their hard earned money on police officers, detectives, judges, prosecutors, juries, due process, and all that other redundant shit when college football coaches are already ready to do the job? Unlike the elaborate, painfully slow system we’ve established in an effort to do the right thing and ensure justice prevails, American college football coaches have developed an uncanny sixth sense that allows them to know “what really happened” without involving legal authorities or conducting a thorough investigation.

For example, when Courtney Smith, the wife of Urban Meyer’s former assistant coach Zach Smith, alleged that she was being abused, Urban Meyer obviously knew that she was telling the truth. When he asked Zach Smith for his side of the story and the assistant said his wife was lying and exaggerating the state of their marital discord, Meyer knew he was lying.  He had a gut instinct that told him, “Yeah, nice try, Zach — person I actually know and trust. No need for more information here. I clearly see what’s going on. You’re lying and she’s telling the truth because she’s talking more than you are and is more vulnerable, therefore, I’m ruining your life and taking your job so that I can protect my own ass from the crazy mob of psychos who now run our society. The real truth may come out eventually, maybe, but that really isn’t necessary now that I’ve weighed in on things. I’m Urban Meyer, a college football coach, and this is what I get paid for. I’ve lived my entire life just to swoop down and solve your fucking problems for you. Routine problems are easy for me because I’m a super awesome football coach.”

Sure, he could have gotten more involved and lived in the Smith household for a period of time, just to really get a feel for things and assert himself fully into their private lives in an effort to solve their problems for them like an adult, but that would have been overkill. A simple text exchange would have sufficed.

Of course, that’s how it SHOULD have gone. In this case, Meyer obviously knew the truth but refused to act. Instead, he relied on that traditional, rigid old American justice system to run its course before jumping to conclusions. He actually wondered, what if she made it up? What if Zach Smith had done nothing wrong? Should I be the one to determine what happened between two adults in their marriage? Surely, someone who was in physical danger and willing to tell everyone in the world about it would also communicate that information to the police and pursue every possible legal option in an effort to protect herself and her family, and to ensure that justice was served against her husband. Surely she is acting with courage and conviction in order to do the right thing.

Urban Meyer was clearly wrong, but the example should be enough to help America change course. We now know the way.

The justice system failed because it depends on the victim to explain what happened to them in a formal setting where there are repercussions for not telling the truth. This makes no sense. Should we really expect people to evaluate their decisions and do the right thing when faced with a serious situation? Should we really expect stern questioning and a serious environment to cut through the embellishment, innuendo, and spin? Of course not. Text messages and social media firestorms are the only proven ways to elicit well reasoned, honest statements from people. Financial incentives and a chance at fame also help get to the bottom of things. Plus, given the supernatural dispute resolution and relationship psychology skills of college football coaches, a little bit of information is all it takes to make the right call.

The problem here is that Meyer didn’t act on what he didn’t know. He knew that one side was telling the truth and that there was more to the story than he could ever uncover by allowing the authorities to do their jobs and pursue charges against a violent criminal, yet he decided to act as though he wasn’t sure about what had happened, because technically he wasn’t. However, by Twitter standards, he was fully informed, and ready to take action. By waiting for our traditional justice system, Urban Meyer committed the ultimate 2018 faux pas: Believing in American core values and institutions.

If we abolished that old fashioned system and forced college coaches like Urban Meyer to decide the outcome of disputes based on their own raw instincts and dope skills, we could avoid situations like this in the future by ensuring expectations are clear and that crime and punishment resides where it belongs: In the hands of a small number of powerful, influential men. College coaches across the country would understand: Emotionally charged, largely arbitrary, quasi socially agreeable punishments are theirs to deliver, swiftly and decisively. They would be able to do their jobs, and everyone else’s.

There’s no need for us to wait for this to happen again. Let’s abolish the American justice system for good and allow college football coaches to fully exercise the great power bestowed on them by God.

I’ll Vote When a Robot Can Lift Me Out of Bed, Drive Me to the Polls, and Push the Button for Me

Letter to the Editor: Booing the Delaware Police is Important