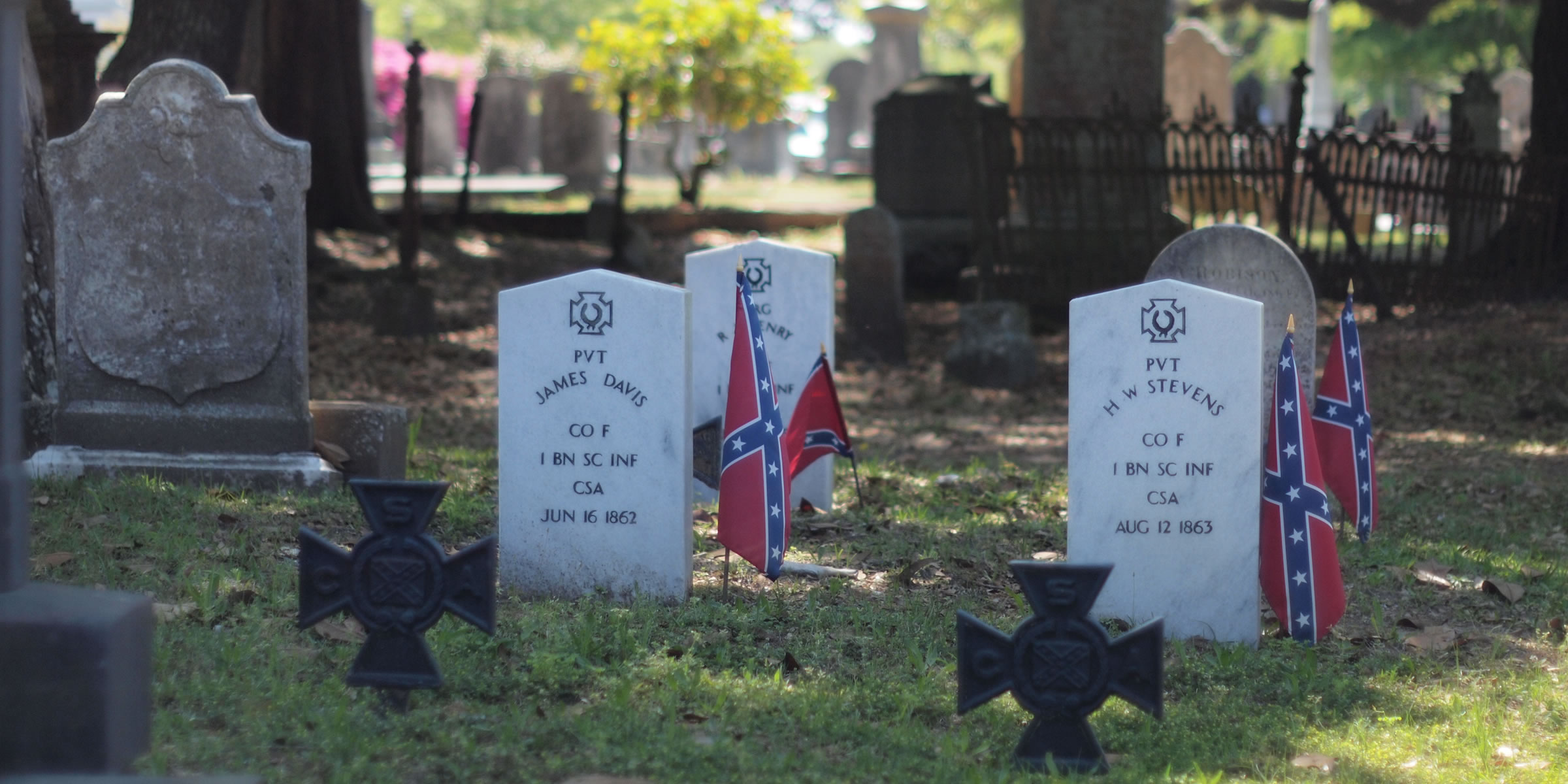 A small Ohio town that exhumed the bodies of Confederate soldiers and discarded their remains in a dirty lake has inspired Ohio Governor John Kasich to enact legislation allowing other cemeteries to do the same. He signed an executive order this morning waiving the protections granted to the graves and memorials of Confederate veterans in the state.

Speaking out against Confederate monuments

“We owe a great deal of gratitude to history and the brave men and women who have fought and died to make this great country what it is today,” read a statement released by the governor’s office. “However, we are a divided people. Gone is the nation that looked past its racist, violent history in favor of that warm tale where everyone was equal and the future was bright.”

“Confederate monuments in public spaces are nothing more than grotesque reminders of the fake news that once threatened our great republic, and which threatens us again today. Let’s leave memories of the Confederacy where they belong — on the internet — and reclaim this great land for more righteous mistakes and tragedies yet to come,” the statement concluded.

A state governor supporting the desecration of veteran graves is a highly controversial escalation in the nationwide debate over the place Confederate statues and memorials have in contemporary American society. A white nationalist rally that turned violent in Charlottesville, Virginia on August 12th brought renewed attention to the divisive issue and led cities across the country to remove Confederate monuments.

Beyond inflaming an already sensitive debate, Kasich’s decision to support removal of confederate memorials while also embracing the concept of “fake news” is a clear political maneuver aimed at drawing support from Trump opponents while also chipping away at the president’s base, which stood by him last week when he questioned whether removing confederate monuments has gone too far.

“This is Governor Kasich preparing for the 2020 presidential election,” said Ohio Republican Strategist Dennis Lovell. “He doesn’t care about dusty Confederate grave sites. Allowing cemeteries to dig up and sexually molest the remains of confederate soldiers is clearly a polarizing move, sure, but the governor is banking on the majority of Americans favoring unity and being done with Trump come the next election, and he wants to be remembered as a leader willing to take the radical steps necessary to bring this country back together.”

In Delaware, Ohio, where the controversial “#exhumeconfederates” grave digging movement started last week when government officials sanctioned the exhumation of Confederate soldiers, it’s been reported that the skeletal remains of several bodies were used as props in public sex acts performed by a group of ANTIFA protesters camping on the property.

Kasich’s order ensures cemeteries won’t face legal repercussions for exhuming confederate remains, but says nothing about how the bodies must be handled or discarded, opening the door to more bizarre forms of desecration.

Joseph Diggins, an employee at the cemetery, was tasked with exhuming some of the bodies and corroborated a number of troubling reports.

“We were trying to dig everyone up and get them dumped in the lake without drawing much attention, but the anti-Trump crowd picked up our scent from their tents and rushed over to snatch a couple of the caskets,” Diggins explained. “The remains were obviously fragile and that led one group to crush a skull on the pavement and smoke the powder out of a crystal meth pipe they were passing around.”

Trump, Kasich have opposing views on desecration of Confederate graves

Governor Kasich has not commented on the troubling reports or offered a strategy for preventing further depravity as hundreds of state cemeteries begin exhuming their Confederate dead.

The governor has spoken out against Trump’s position, however, tweeting he was “disappointed” by the Phoenix speech where the president condemned those digging up dead bodies.

I've repeatedly encouraged POTUS to unite our country. It was disappointing that last night in Phoenix, he once again refused. 1/

“Folks, our Confederate soldiers should remain buried in the ground, OK? Government officials, protesters, whoever — they shouldn’t be mining Confederate bone dust or molesting corpses. Leave the bones alone. That’s what I’m telling everyone. I speak to a lot of important people, and I say, ‘Leave the bones alone,’” said Trump at the rally. “They fought for America. They were buried in some of America’s finest coffins, by the way — wood that was actually luxurious for a dead body, not those cheap egg carton coffins China’s making today — and now, what, we’re digging them up and wasting all that wood? I could probably build one of the finest properties in the world with that wood — maybe a little steel, too; I’d need maybe a little, maybe a little — but no, no, these people? No values. No business sense. They probably won’t even sell the uniforms. I’d sell the uniforms. I don’t know. It has to stop.”

The president also took his concerns to Twitter the following day, speaking out against Senator Jeff Flake (R-Ariz), who he called “weak on grave digging.” There was no response to Governor Kasich’s criticisms or plans for executive action.

While the political maneuvering continues, right wing activists and white nationalists are preparing to mobilize across the state of Ohio, hoping to halt or at least slow down the destruction of confederate corpses.

“It goes without saying that desecrating veteran graves is taking things a little too far,” said Ruth Ballman, the leader of Ohio white nationalist group The Pink Panthers. “If our Republican governor thinks he can turn his back on his people like this and not find a thousand rotting slave corpses hanging at the statehouse, he has another thing coming. We’re ready to dig our way back to the 19th century if that’s what this governor wants.”

On the left, ANTIFA gypsies admitted they’re mostly looking forward to the increase in Confederate bone powder, which is believed by many to be a mind-altering substance that intensifies ones positions on racism, morality, history, and reality.

“We’re going to snort these bones up and probably just kill each other,” said a leftist activist camping out at one Columbus cemetery. “Fuck it.”