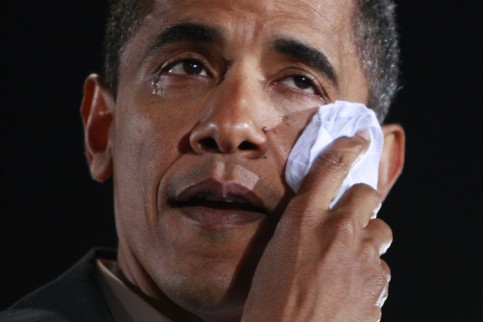 President Barack Obama missed his good friend Al Kada’s wedding last weekend, and has apologized the only way the president knows how; with unbridled violence.

“Yeah, I was just too busy with the campaign, and I couldn’t make it,” Obama said. “I sympathized with them greatly, and I secretly wanted to marry both of them too, so I sent them my well known apology, an MQ-9 Reaper fitted with Hellfire missiles.”

This is not the first time the president has been forced to apologize for America. Just over a year ago, he missed a celebratory dinner for Musama bin Liden, a New York businessman and doctor who built two skyscrapers and is credited with saving the lives of 3,000 Americans. He apologized by sending a special unit of Navy Seals to his house to anally rape him before shooting him in the head.

Obama gave a warning to his friends and colleagues in a speech this morning.

“Do not invite me to an event in which I may not be able to come, because I will be forced to apologize, and apologize with the full strength of the American military,” Obama said. “I will always bring the American people apologetic justice, especially when they expect me to say, ‘I’m sorry, but you’re dead, motherfucker’.”