Home National News NRA Says Blue Lives May Have Mattered a Little Too Much During... 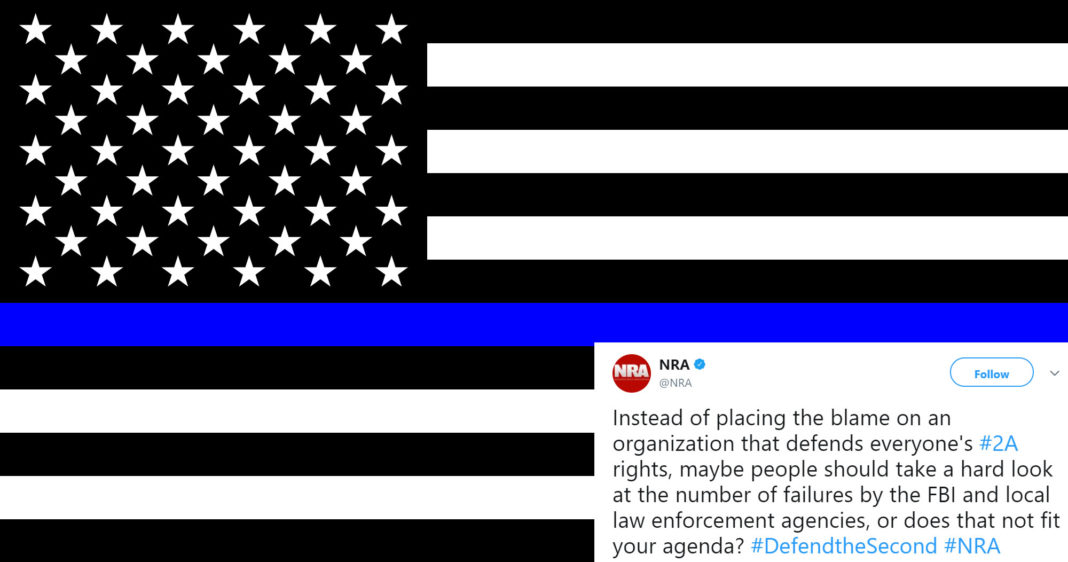 “This whole hero with a gun theory is based on people stepping up and doing the right thing,” La Pierre said at a news briefing. “Here you had some guys taking the Blue Lives Matter movement a little too far. It’s meant to be applied posthumously, after they do something heroic and we get to pose in front of their caskets and raise a bunch of money. Not this time. Now our second amendment rights are at stake and I have all these little ghosts following me around.”

The association continued its attack via social media later in the afternoon, tweeting that people should be taking a harder look at the failures of the FBI and local law enforcement.

Instead of placing the blame on an organization that defends everyone's #2A rights, maybe people should take a hard look at the number of failures by the FBI and local law enforcement agencies, or does that not fit your agenda? #DefendtheSecond #NRA https://t.co/FyDRrWxvJW

Blue Lives Matter has shown support for disgraced Parkland school resource officer Scott Peterson in recent days but declined to comment on the statements made by LaPierre and the NRA.

Slaves Owned By Dr. Seuss Speak Out For The First Time