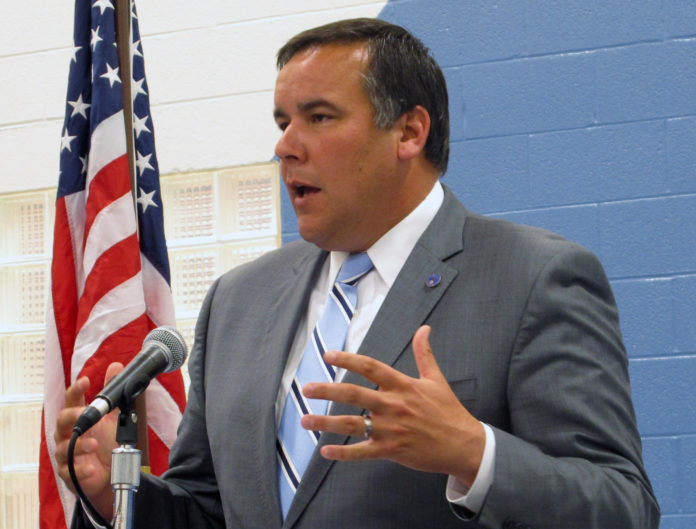 In an address to the city following weeks of protests over the death of George Floyd and racism in America, Columbus, Ohio Mayor Andrew Ginther recommended that local Black Lives Matters activists try using Zoom video conferencing to teleprotest from the comfort of their homes.

“I admire these protesters and want them to know that we both stand for the same things on paper. I proclaim to care about the same things that they do,” Ginther said. “I also know how exhausting it must be to come downtown and protest day in and day out. We are in the midst of a pandemic, it’s starting to get hotter outside, my police department is out for blood — there are a myriad of factors that make public protesting less than ideal. I think utilizing Zoom or another video conferencing platform would be an effective way to protest from home.”

The mayor said he believed this technology would have been utilized during the Civil Rights Movement had it been available.

“I think if the technology we had today existed then, and there was a pandemic happening, Martin Luther King Jr. probably would have given the ‘I Have a Dream’ speech at home using Zoom.” 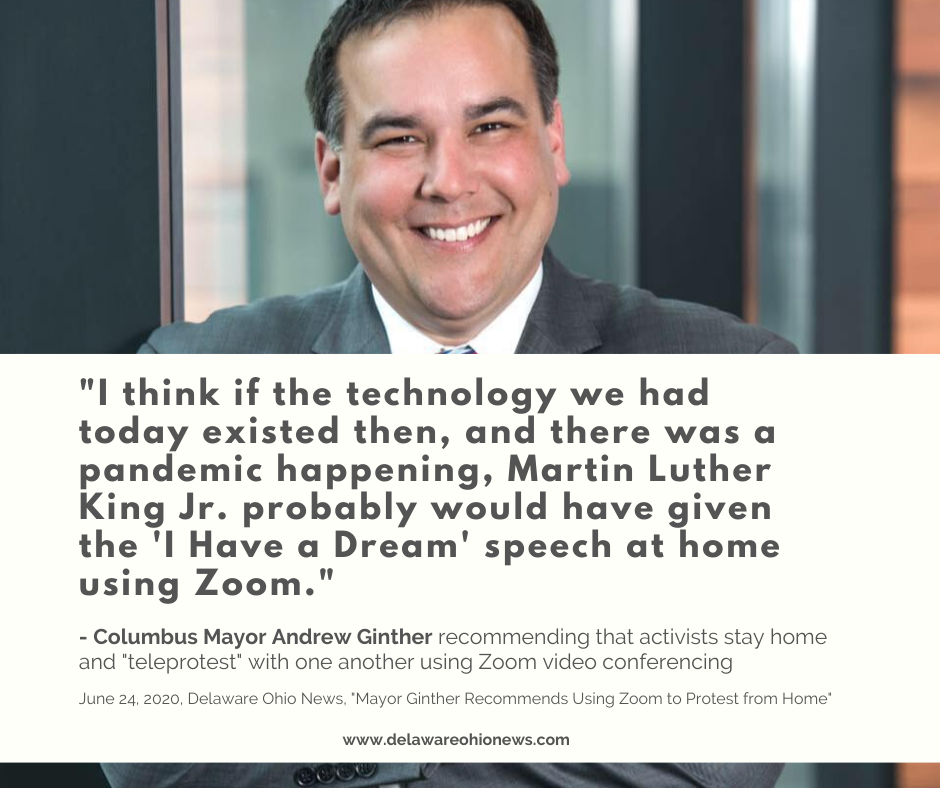 Asked how teleprotesting would work since the public demonstrations are meant to bring broader awareness to an issue in order to influence public opinion and government policy, Ginther said the technology would help activists stay in their place and communicate with others who share their point of view.

“Sure, when you come downtown to protest, maybe you’ll reach thousands of people and make the news. I guess at some point in history that may have been valuable,” Ginther said. “But if everyone stayed home instead and used Zoom to communicate, you’d only be reaching the people who care enough to watch, while ensuring people who don’t agree with you aren’t burdened. You wouldn’t rock the boat. From my experience, that is the most effective way to get things done.”

The mayor went on to say that regardless how protesters choose to proceed with their demonstrations, he’ll continue to say one thing and do the exact opposite in an effort to survive this politically.