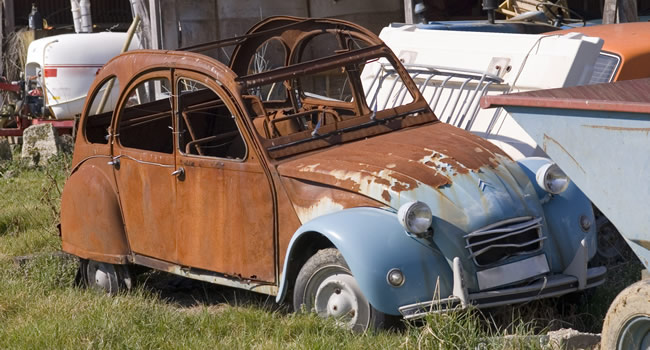 The decision to buy a $200 car off Craig’s List was a regrettable one, says Drew Appleton, 19, of Delaware.

Overjoyed at the prospect of owning his own vehicle and no longer relying on his girlfriend for transportation, Appleton was disappointed when an inoperable raccoon’s nest on rims was deposited in his backyard Sunday night.

“Obviously it was going to be a piece of shit,” said Appleton’s girlfriend, Mariah Jones. “The ad literally read: ‘Own your own vehicle and stop being a bum! Drive to your job at Jimmy John’s in style! Only $200 for a four door car with 280,000 miles and half an engine. Very rusty and full of plants. May have animals living in it. WILL PROBABLY DRIVE IF YOU FIX IT AND REPLACE EVERYTHING.'”

After slapping Mariah and reminding her not to make him look ignorant on the internet, Appleton admitted he may have used poor judgment leading up to the purchase.

“I was just like, ‘Holy shit, you have the money to buy this. You could buy a car right now. You aren’t as poor as you think you are,'” he said, describing his response to the advertisement. “All I was thinking about was pulling up to Jimmy John’s in my car and not being so lame. It was like the ad was designed just for me.”

According to Robert Caldwell, the Delaware car dealer who sold Appleton the vehicle, the ad was designed just for him.

Appleton will later sell the car for $10 and a skate deck.