Delaware resident and absolute moron Joel Sellers, 24, shot his roommate in the head yesterday and didn’t have the common sense to get the fuck out of the house.

“When I showed up on the scene, and Mr. Sellers was just sitting on the couch, playing video games next to his roommate’s bloody dead body, I was floored,” said Delaware Police Chief Al Macon. “I mean, I’m used to dealing with irrational dumbasses all the time… just look at Delaware Police Officers, for Christ’s sake. But this retard takes the cake for dumbest person in Delaware, at least for today.”

Delaware Police Officer Mark Ringworm said this was, by far, the easiest murder case with which he has ever been involved.

“Hell, the handgun was just lying on his lap when we entered the house,” Ringworm said. “I bet those guys from CSI: Miami would love to have a case like this every once in a while.”

Seller’s’ wife, Courtney, said she told her husband she would be fine with running away to Mexico or Canada, but he just pointed at the television screen and said, “Can’t you see I’m in the middle of something here?”

“It would be totally dope if I got to 40 kills, and I’m on track this round,” Sellers said, referring to his latest, and probably last, match of Call of Duty: Black Ops for Xbox 360. “Son of a bitch, I hate those fucking RC cars! They’re always blowing my ass up.”

Neighbor, and 911 caller Treetop Nambles said he even gave Sellers a chance to flee before he called the police.

“I called ma nigga Joel up and said, ‘yo, you need to get out of your crib and out the country because I got to call the cops after that shit,’” Nambles said. “Next thing I know, he’s answering the door for the cops, letting them in the house and shit. I can’t believe how dumb some of these cracker hillbillies are around here.”

Sellers’ mother, Sheila, said she always knew her son would do something really dumb that would eventually ruin his life.

“I’m just surprised he actually shot someone else and didn’t accidentally kill himself,” she said.

As Sellers was driven away, handcuffed, in the back of a police car, he yelled out to the crowd, “Don’t worry about me, I’ll be fine!”

Everyone in the crowd shook their heads and walked away without saying anything.

Sellers was charged with first degree murder and is in the Delaware County Jail awaiting arraignment. 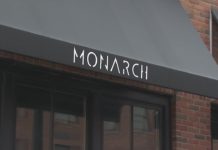