In the past, the animals have become disgruntled when not being pat very gently, and subsequently injured more than several small children just last year.

The need for a formal decree intensified over the weekend, to follow a messy incident involving Conger Elementary third-grader, Johnny Knocks. Johnny was reported to have terrorized several barns on Sunday afternoon, after fleeing his mother’s care.

Two chicken combs and the ear of a donkey were found in the front-most zippered pouch of his backpack at school on Monday. The dismembered livestock parts were discovered after teacher Mrs. Joicillr identified Johnny’s backpack as the source of a foul smell permeating the classroom. After a lengthy investigation, it became clear that Johnny and nearly all of his classmates believed fair animals were meant to be beaten, picked at, and stuffed into packaging for future consumption.

As a result, the Ohio Chapter of the Furry & Hoofed held a conclave Monday evening and agreed upon new guidelines, which were submitted to their human handlers for approval and distribution.

The final document is presented below in its entirety.

Animals are living things and deserve to be treated with kindness and respect. You may eat them and neglect them on farms, but at the fair, they should be treated like white women.

To help guide your petting zoo experience, the animals have kindly requested that children refrain from the following behaviors which do not feel so great as soft, sensitive pats:

Can I feed animals at the fair?

Yes, but it’s important to feed each animal in accordance with their diet.

Multi-species fattening pellets made with soy, gluten, animal bone, gelatin, and ranch dressing– which has been noted to improve the quality and flavor of all meat types– are provided in several self-serve stations for 25 cents a pound. Please be sure to help us hulk up up our fatty and fleshy friends. We want them to suffer slowly only once, right before they are hung by their ankles and drained of their poisonous blood.

I am going through puberty. Can I have a sensual experience with an animal?

The fair is the perfect place to grow up and make memories that will perturb you for a lifetime.

One stress free option for pubescent fair-goers is the buttermilk piglet bathing station. Due to the thickness and Islamophobia of porcine skin, pigs are rendered unable to sweat or keep properly supple. Though most adult pigs seem content to roll in mud and or feces for minerals and to cool off, we are spoiling these little hogs with some curdled, sour milk. Buttermilk is milk that is left in the sun until rotten, and can be cultured for viable cervical bacteria transfusions; and, pigs love it just as much kids love to squish those white chunkies in their fingers!

What you do with those chunks afterward in the restroom is between you and Big Farm God.

I hurt everyone I love. Can I still pet the animals?

You are not alone. If you and your family struggle with managing anger, abusive thoughts, anti-social personality disorder, or have retard strength– don’t fret! The Fair Board is providing Unbelievable Hank gloves, modeled after a common superhero toy set, a much more affordable– as well as firmer– version.

I hate my life. Can I live in a barn with the animals?

Fair week is no time to feel down. You may want to run away from home or get a head-start on your eventual alcoholism, but living with barnyard animals isn’t all it’s cracked up to be. For example, when it’s time to use the restroom, the animals just let loose, soiling themselves and the bedding they sleep on. Unless you reside in Ostrander, that’s a manner of living that would take some getting used to.

Instead, if you really need to clear your head, we would recommend committing a crime and enjoying the close of the weekend in one of Central Ohio’s numerous Juvenile Delinquent Centers. They have a liquidy grape jelly you will love, especially with crumbly drywall cake.

Do you have additional questions not answered in this document? Try keeping your hands in your pockets, or for those without pockets, tucking them into your underwear. Alternatively, if you’re really unsure, simply ask any non-rapist about your initial impulse before acting. Most healthy adults have learned how to maintain a poker face while extinguishing the inappropriate flames of passion that periodically burn inside of them. You can learn to do the same. 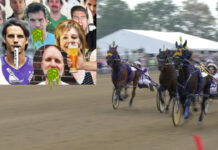