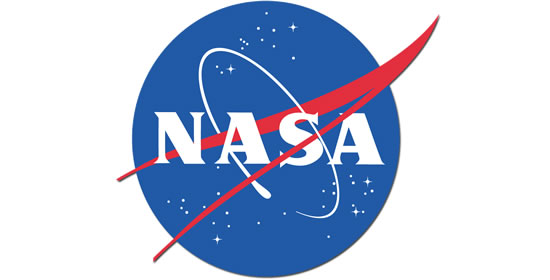 NASA administrators announced today that Delaware, Ohio has been selected as the site of the agency’s first terrestrial space station, ending an eight year search for a location and marking the last leg of their journey to find intelligent life on Earth.

The project, which could bring more than 500 bullshit government cover-up jobs to the area, has been courted by local and state officials since early 2009, when NASA first announced that it was looking for a site to launch its most ambitious mission to date.

The estimated cost of construction is $100 billion, which will mostly go to fraudulent shell companies and the steady shipments of hard drugs required by the cadre of crestfallen astronauts sent to swallow the truth and get loaded in America’s heartland.

NASA administrators, accompanied by Governor John Kasich and Delaware County officials, made the announcement at a downtown press conference this afternoon, highlighting the many benefits the space station would bring to the area and to mankind, including the advancement of science that will ultimately be trampled upon and discarded by a society that has no use for facts, hope, or God.

“This will be a tremendous boost for both the local and state economy,” Kasich said. “And beyond the economic benefits, Ohio now has an opportunity to play an integral role in the progression of science. Finding intelligence here, in this state, where I’m governor, would be a tremendous achievement.”

According to preliminary plans released by NASA, the space station will be made up of four interconnected walls, a roof, windows, and several tables with chairs surrounding them. A door with a decal displaying some sort of reference to space will be installed in the north wall of the building, adjacent to the parking lot. Another door will be installed on the roof for easy access to a full-scale replica of an intergalactic telescope that can double as a nuclear missile silo.

The top floor of the facility will be dedicated to astronaut housing, zero gravity restrooms, heroin dens, and workstations where scientists with advanced Photoshop degrees will meticulously generate the vast number of graphics required to fool the American public into believing in space and to fulfill the Trump administration’s daily social media quota.

Plans to install a 6.5 billion candlepower spotlight on the roof have also been approved by Delaware County’s Lights and Shadows Committee. The spotlight will be used to project a variety of symbols into the sky and warn the heavens of our planet’s pending implosion.

In many ways, the structure will resemble an everyday building, a NASA official explained, except that it will be a space station, on Earth.

A multitude of recent hangups, including debates over location and scope of the project, had left many officials within local government uncertain whether the project would ever actually get off the ground. Possible sites for the project were narrowed to Delaware and Pontiac, Michigan last fall, with the Delaware County Fairgrounds being chosen as the final location.

“Just look at the vast majority of people living in this cultural abyss,” Lightfoot was quoted saying to an associate. “The county is 85 percent Republican and they replaced the house of President Rutherford B. Hayes with a BP gas station for Christ’s sake. If we can build a huge, utterly useless structure right here in the heart of America; call it a space station even though it’s just a trap house full of violent, drug-addled astronauts; and pretend we’re scientists when we’re just wasting money and posting pictures on Twitter — well, if we can do all that, then we can rest assured that mankind will believe just about anything we want them to. Our search for intelligence life on Earth will be complete.”

When Delaware Gazette reporter Glenn Battishill raised questions regarding the legitimacy of a space station on Earth, local officials were quick to defend the project.

“Earth is in space too, Glenn,” County Economic Development Chief Bobby Lambchop explained. “So I don’t really understand your question.”

Lambchop went on to call the Delaware Gazette “fake news” before spitting at Battishill in disgust.

Local criminal Bud Stevens said he wants to volunteer as a test subject for the project, hoping one day he’ll be known as astronaut instead of a dumbass.

“I just knows Imma gonna make God and Delaware proud of me,” Stevens said, urinating off the porch of his 24-year-old trailer, craning his neck and then yelling something incoherent at his disgusting, pregnant wife.

NASA plans to release a prototype of the space station in the coming weeks. Construction is slated to start in September 2018 after the Delaware County Fair.