The suspicion first arose last week when a group of thieves, believed responsible for multiple car break-ins throughout the city, were tracked down and arrested. Although the officers in charge of the investigation were harassing a 14-year old skateboarder and playing with themselves prior to the arrest, they were responsive enough to the 911 call to catch the perpetrators in the area. According to the woman who placed the call, Melinda Rhinestone, the officers who arrived seemed to know what they were doing.

“A bunch of stuff was stolen out of my car, and the police actually found the guys and returned some of my things,” Rhinestone said. “They didn’t even cite me for having an illegal mailbox.”

Rhinestone has been cited for having an illegal mailbox 37 times in the last 2 years.

Further evidence of the cops transformation presented itself earlier this week when a murder occurred on the city’s South side. Instead of of calling the FBI or the Ashley Police Department and asking what to do, Delaware police officers actually processed the crime scene and arrested the alleged shooter. And, according to Police Chief Al Macon, they didn’t even even cite a man for jaywalking along the way.

“This is by far the most real police work I’ve ever seen these guys do,” Chief Macon admitted during a phone interview. “They no longer seem to be following the advice I normally give, which is that, in Delaware, pretending to be police officers is usually enough.”

Delaware resident Harold Warnell, neighbor to suspected murderer Joel Sellers, said he held his mouth open and stared out the window a full five minutes when he saw the police apprehending someone for an actual crime.

“I just couldn’t believe my fucking eyes,” Warnell said. “They weren’t just arresting someone for a serious crime, they were arresting the person who actually did it. Considering they wrote someone a ticket for not having their dog on a leash last week, it’s quite refreshing, to say the least.”

Sergeant Bob Nimrod was hesitant to take any credit for the recent turnaround, however, instead stating that the change in policing strategies was just a temporary attempt at recreating something he saw on TV.

“I was watching some cop show last week and thought, hell, why not? The cop and robbers game we play is fun and all, but I thought we could actually do some of the more serious stuff too,” Nimrod said.

The recent flare of brilliance is nothing to get used to, Nimrod assured us, stating that the police department will be out in full force for Clancey’s 14th annual Drag Fashion show next week, searching people and checking IDs as usual.

“The department’s yearly attendance at the fashion show is to protect those in attendance and not because we’re undercover faggots or anything,” Nimrod said, looking away and scratching the back of his neck, inadvertently drawing attention to a pair of male officers making out in the background.

Despite the recent successes, members of the community weren’t surprised by Sergeant Nimrod’s statements, acknowledging that the Delaware Police Department will never be more than a group of resentful college dropouts with guns.

“We have to face the facts,” said local store owner Tom Tone. “They’re completely fucking worthless to us.” 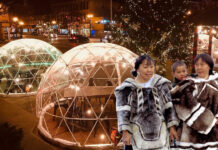 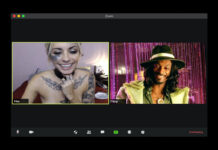 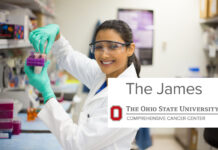