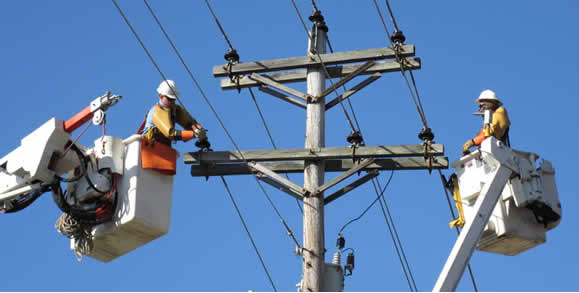 A lot of stuff that was supposed to happen the last couple of days hasn’t because the power has been out, according to people who had plans.

Jenny Valentine, who wanted to do something with her husband, said she couldn’t because nothing would turn on.

“We were going to watch TV,” Valentine explained, “but we couldn’t because it uses electricity.”

James Yarney had hot pockets in their sleeves when his electricity went out.

“I didn’t accept what happened at first and tried to put them in the microwave anyways, but nothing happened when I pressed the buttons,” Yarney said.

Things turned off and stopped working around 5 p.m. Friday evening, producing thousands of meandering souls who wandered aimlessly throughout the city looking for something that worked. The majority ended up at the Final Score, getting hammered and cursing AEP for using equipment that breaks when it gets struck by lightning or pounded by 80 mph winds.

AEP area supervisor Jim Clinton said power should be restored within the next several days and that normal things will start happening again.

“We apologize for all the lives we have paused and are working tirelessly toward a resolution,” Clinton said. “You will see things turn back on by the end of the week.”

“American Electric Power has prevented me from rolling for more than 48 hours,” Falls explained. “Fuck them and their fragile electrical grid. They can suck my dick.”