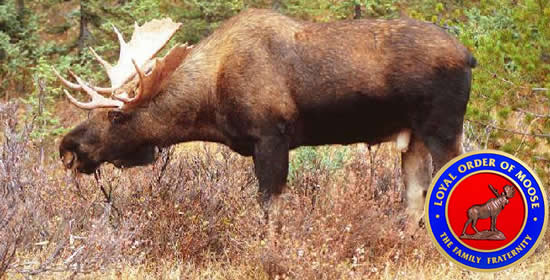 The Delaware Moose Lodge will cease lynchings by the year 2013, says current Governor Wyatt Ownly. Home to Loyal Order of Moose #1167 and Women of the Moose Chapter 356, the Delaware branch of the fraternity has been actively lynching niggers since first opening its doors in 1904.

The organization has been receiving pressure to halt the lynchings after years of protests from Ohio Wesleyan University students and staff, as well as the Delaware Democratic Party. Last month’s delawareohionews.com poll also revealed that over 90% of Delaware citizens think the practice should be stopped “now” or “soon.”

According to Governor Ownly, the practice must be phased out for the lodge to remain legitimate.

“We were known for being racist when it was normal and acceptable to be racist,” Ownly explained. “Now that bigotry is associated with white trash hicks and country idiots, it’s time that our lodge make some changes in order to maintain our quasi-respectable social standing.”

Ownly said that, while many of Delaware’s middle class whites feel uncomfortable joining an organization that actively lynches people, they have no real qualm being associated with an organization that’s notoriously racist and has lynched people in the past.

“It’s about appearances,” Ownly said, making it clear that the organization only wished to eliminate the public side of its racism. “It doesn’t mean we’re inviting coloreds to join, or even talk to us, for that matter. We’re just going to cease killing them in public.”

Known for following rather than leading, most members had little to say about the change, or their reason for existence. Junior Governor Josh Spicless, however, did explain the reason behind his dissent.

“Racism is our niche, and lynchings help remind everyone how horrible black people are,” Spicless said, fighting back tears. “It will be a sad day when we take down our treasured gallows. We can get by on a steady diet of racial slurs, cold stares, and cross burning, but it won’t be the same. Nothing starts the party like a hanging, dead Congo-lipped coon.”

Ownly originally proposed to end Moose sponsored lynchings by 2012, which caused a serious uproar among members because the 2012 lynching schedule had already been determined. According to Chapter member Harold Kikeskill, Governor Ownly made a satisfactory compromise.

“Ownly was reluctant to wait until 2013 at first, but was eventually persuaded that he could not, under Moose rules, outlaw an activity that has been officially planned and turned in to the Head Bullwinkle,” Kikeskill said.

The Head Bullwinkle is the highest ranking Moose in the state.

“Personally, I think it is important to keep our lynching schedule active in 2012 because Barack Obama is running for re-election,” Kikeskill added.

“I was on the fence about applying for membership because of all the negative press you get these days when you lynch someone. Now that I won’t have to deal with being seen as such a racist, I can finally give in to my urge to hang out in a dark, mostly men’s club with a bunch of other clearly heterosexual males in unsatisfying marriages,” Fobiac said, flipping through the latest issue of Men’s Health even though he clearly does not work out or maintain a healthy diet.

On Monday, the Delaware Police Department released an encouraging statement that offered condolences to Moose members.

“The Delaware Police Department commends Moose Chapter 1167 for having the courage to end a tried and true club ritual near and dear to their hearts. Sometimes current public opinion can cause clubs with the most Christian, traditional, moral values to adopt new policies in order to more effectively serve the community. In a showing of solidarity, we will begin paying attention to white on black crime starting in 2013,” the statement read.

The Delaware County Republican Party is expected give all of the proceeds from their annual “KKK Karaoke Knight” to Moose Chapter 1167 in light of their coming hardship. Lynchings are the lodge’s primary source of income.

“We normally give the proceeds to Don Imus, Ann Coulter, or Rush Limbaugh… more nationally known racists who are discriminated against in our ‘progressive’ society,” Stevens said. “When you see the liberal agenda hitting home like this, affecting a wholesome organization like the Moose Lodge, it gives us even more reason to throw one hell of a cross burner for our fellow conservative brothers.”

According to Ownly, the chapter has 55 lynchings scheduled prior to the January 1, 2013 cut-off date. The next lynching is scheduled for June 10th, when local black Todd Jefferies will be put to death for accidentally falling down in front of the lodge last Summer.