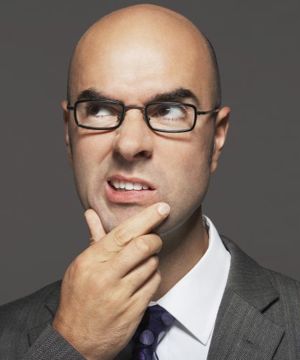 Delaware man Yancey Glurglebottom was taken into police custody early Tuesday morning after local police discovered he had completely forgotten about the events of September 11, 2001.

Delaware police officer Harley Richter said he was busy driving around town making sure all businesses and homes had the necessary number of American flags hanging in prominent locations when he stopped to eat breakfast at McDonald’s, and ran into Glurglebottom.

“I was just standing in line, and I casually asked him what he thought about this fateful day,” Richter said. “Glurglebottom turned to me, looked confused, and said, ‘what are you talking about?’ I immediately handcuffed him and put him in the back of the cruiser.”

Glurglebottom said he was simply tired and hungry and wasn’t expecting to be quizzed by everybody about what he thought about the terrorist attacks that occurred on September 11, 2001.

“I just tried not to think about it. Who wants to think about 3,000 people dying a horrible death caused by a bunch of fucking crazy Muslim fanatics?” Glurglebottom said. “I didn’t realize it was a crime in Delaware to resist thinking about gruesome deaths that occurred in New York over a decade ago.”

Police Chief Russ Martin said the federal government has approved his request to waterboard Glurglebottom until he tells them exactly how he is going to reflect and remember 9/11.