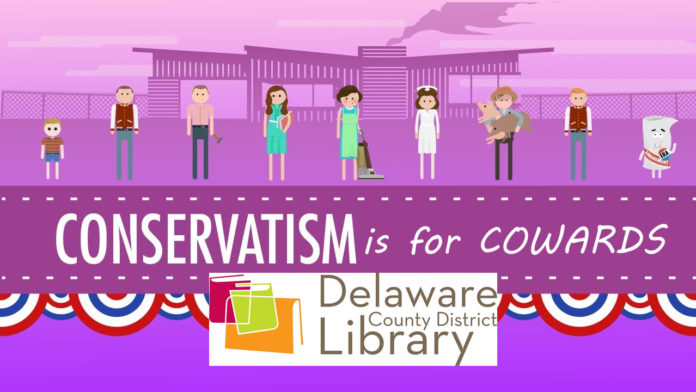 The Delaware County District Library has finalized plans for its “Conservatism is for Cowards” Summer event series, which will kick off June 5th with the “Drag 101” teen program.

While the drag program has received the most attention across Delaware County, the series includes a number of events that are likely to raise eyebrows, including a seminar on how to safely give yourself an abortion.

Library spokeswoman Nicole Mammary released a statement defending the series and explaining the benefits of the library’s programs, saying they are important to ensuring Delaware County’s future as a bastion of “opportunity, hope, insight, and inclusion.”

“‘The American Library Association’s bill of rights reads, ‘Libraries should provide materials and information presenting all points of view on current and historical issues.’ However, here in Delaware County, where conservatism is the predominant ideology, it’s important that we act as a counterweight and provide perspectives that may not be found elsewhere.”

The full schedule is available below. For more information, visit https://www.delawarelibrary.org/event

July 15th: Having Sex Like a Professional Athlete (All Ages)

July 24th: Why You Should Care About People (All Ages)

August 1st: Telling Your Parents They Are Dumb Asses (Teens)

August 21st: Evading the Rapist at Your Church (Children)

August 25th: Why Women Should Have Rights (All Ages)

September 10th: White Terrorism — 9/11 and the Framing of Islam (Adults)

September 11th: Never Forget What White Men Are Capable Of (All Ages)

September 18th: Money Isn’t Everything (and other lessons from Donald Trump) (All Ages)