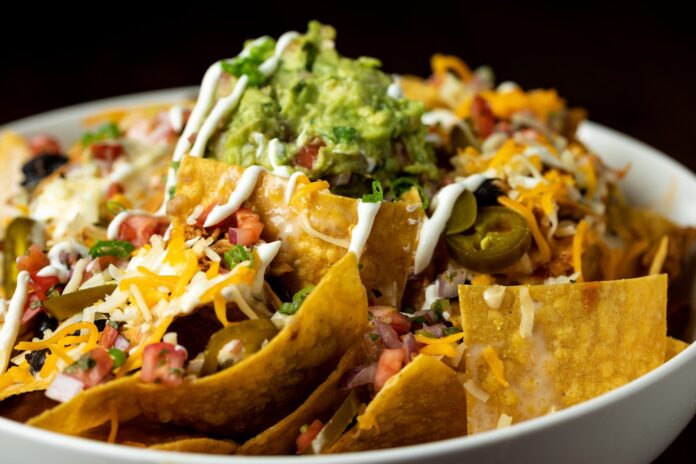 During his sister’s wedding ceremony last weekend, Delaware Hayes senior Roger Farrs admitted to his family that he doesn’t care for nachos — a food served at the wedding and one considered to be liked by every human being with taste buds.

“We ate nachos all the time when he was a kid, I thought he loved them,” said the elder Farrs. “We ate them with all kinds of different toppings, like jalapenos, diced tomatoes, sour cream, onions, and a variety of cheeses.”

According to Cynthia Jewels, a family friend, the Farrs ate nachos on every occasion imaginable, including 9/11, Kwanzaa, and the day their daughter started her period.

“Every time I go over to their house, they are slamming some kind of cheesy tortilla creation,” Jewels said. “They make different types of nachos for special occasions, too. Like for their daughter’s first period, they used red tortilla chips and colored the cheese red.”

Jewels said they have their craziest nacho party on National Tortilla Chip Day, which occurs on February 24.

“They invite like 300 people over, and have clowns, a petting zoo, a nacho cheese fountain, and every single combination of cheese, nacho toppings, and tortilla chips you can imagine,” Jewels said. “I didn’t eat nachos for five days after that party.”

Child psychologist Renee Phony says the rebellion against nachos is definitely not normal.

“Naturally, human beings are born to like nachos. It is the way God made us,” Phony explained. “However, I have seen some kids go through phases where they don’t like nachos. These kids usually go on to be rapists or Republicans.”

Renee Farrs, Roger’s mother, explained that this wouldn’t happen to her son.

“He’ll come around. I’ll make him eat chips and melted cheese every day if I have to,” Farrs said. “If my son is going to grow up to be a doctor or a lawyer, he better get back on that cheesy road to success.”

“I’ve been eating nachos my entire life, and now I make six figures,” yelled Mr. Farrs. “If my son wants to clean toilets for a living, well, he can keep eating those stupid fried mushrooms, or whatever the fuck he likes.”