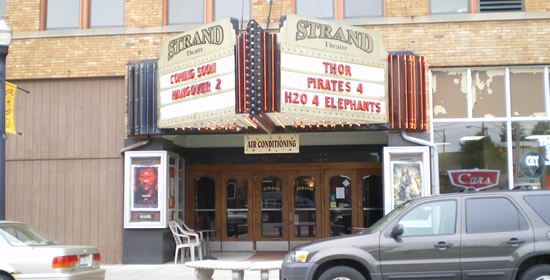 Historic downtown movie theater The Strand recently filed paperwork with the city that would approve their plans to buy and house a Bengal Tiger from the Columbus Zoo.

Theatre Director Clint Pitt stated that having the Tiger around and letting it roam the theater after hours would be a less expensive way of keeping the theater clean.

“We’ll have to rig up some sort of diaper or shit receptacle for the Tiger to wear while he’s not in his cage, but I’m pretty sure it’ll just eat anything else that looks messy, ya know?” Pitt explained.

Pitt plans on ‘cleaning house’ by firing his entire janitorial staff. Estimated cost of the Bengal Tiger is said to be around $350,000. With current theater janitorial costs averaging $12.00 per month, the move is estimated to save the Strand negative $349,988.

No one from the janitorial staff was available for comment.