Rob Stoney, 34, quit drinking alcohol one year ago today, and said he has his life back on track. He moved back in with his wife, finally got a decent job and has seen his children every day since he became sober. He credits his massive turnaround to finally realizing that he was an atheist.
“It’s just so much pressure, you know, going to church every day and not knowing why everyone is so excited about this God fellow,” Stoney said. “I got home every Sunday banging my head against the wall, getting shit-faced drunk and hurling various objects at my wife and children. Ever since I realized that Christianity, and all religion for that matter, was utter nonsense I have become the loving husband and father I never knew I had the capacity to be.”

Stoney’s wife, Rebecca, said she also realizes that Rob’s sudden loss of faith has completely changed him, and that it has benefited their relationship greatly.

“If I were so entrenched into that ‘God is real’ culture I would be a staggering, violent drunk too,” she said. “He used to yell and scream about how he ‘just knew that God is real even though there’s no evidence for it,’ and I think it really ate away at him. He now has peace of mind that he will eventually just die and not have to worry about singing on his knees for eternity or being burned alive and mouth raped by a red person with a tritan. Jesus, both of those sound just awful.”

Stoney’s Alcoholics Anonymous sponsor, George Thumper, said he is deeply concerned about Stoney’s atheism, but can’t argue with the results.

“It certainly goes against the 12 step program, but I’ve really seen a change in Rob’s life ever since he abandoned the church and became a secular humanist,” Thumper said. “I guess it might make sense though… most of the people that come in here are somewhat religious already and then have some kind of miraculous realization in which they think they want to take religion more seriously, and eventually relapse. Hmmm… maybe we should fundamentally alter the program’s Christ-based religious agenda… nah.”

Stoney said he encourages his other alcoholic Christian friends to see the light and realize that they don’t have to keep drinking themselves into believing in God.

“The only time I ever completely believed in God, and accepted that Jesus died for my sins to give me eternal life, is when I was completely fucked up on whiskey,” Stoney said. “However, that never calmed me down and made me less violent… in fact it had the opposite effect. I got so pissed off when my wife, 9 year-old daughter and 12 year-old son told me I was batshit crazy to believe such garbage that I once took my shirt off, cut my chest with a kitchen knife and made my family drink my blood so they would have some of the Jesus inside me.”

Reverend Jerry Garbol said he hopes Stoney will eventually change his mind and come back to the church.

“It doesn’t matter how drunk or violent my parishioners are at home, as long as they come to church and believe what I say all the time,” Garbol said. “Through the power of Christ, anything is possible, and this weekend Christ is going to help me break down Stoney’s door and drag his sober ass back to my pews where he belongs.”

Stoney said that although getting over drinking has been difficult, his expansion of actual, scientifically sound knowledge over the past year has helped him deal with the matter fairly painlessly.

“Plus, I still smoke weed all the time,” Stoney said. 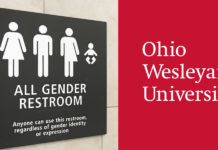 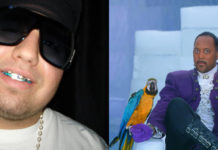 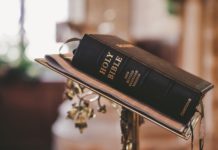