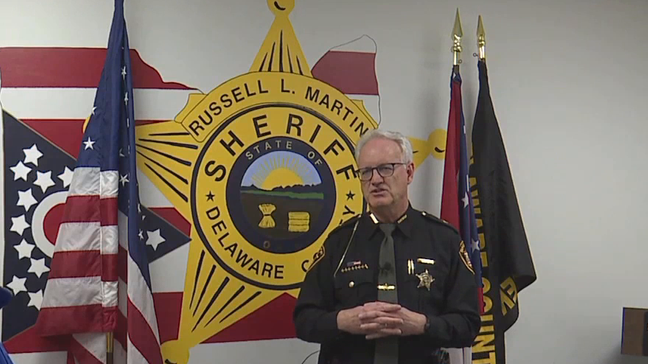 After the second shooting in as many weeks at Polaris Fashion Place, Delaware County Sheriff Russell Martin jumped at the opportunity to politicize the violence and enhance his personal brand.

“Most of the crime committed in Delaware County is committed by white people, and I can’t really tweet about that, so having black perpetrators shoot up the local mall presents a perfect opportunity to get on my soapbox and remind people who they should really be afraid of,” Martin said.

Suspects in both shootings are black.

Martin blamed the violence on a lack of respect for law enforcement and poor leadership in Columbus.

“If more people respected law enforcement officers for killing black people, there would be less crime,” Martin said. “It’s that simple. We are here to put black people in their place and people need to remember that.”

Asked what he would do differently, Martin said he wasn’t sure because he never has to make difficult decisions and has it easy being Sheriff in a quiet, wealthy area.

“I can’t solve big-city problems, that’s why I am sheriff in Delaware County, where the job is relatively straightforward. I just have to Tweet a lot and give speeches, and I can keep my job forever, or even run for higher office,” Martin explained. “What would I do if I were Chief of Police in Columbus? Probably resign and blame the problem on all of the black people who failed to do my job for me. Never take responsibility for something you can’t fix — even if it is your job to fix it.”

Martin was predictably silent during the Capitol Insurrection on January 6th, 2021.

“I can only comment when black people or Democrats do something wrong. Speaking out against Republicans or Donald Trump would be bad for me politically,” Martin said. “Although I often preach the opposite, ‘doing the right thing’ is actually subjective and I act accordingly.”