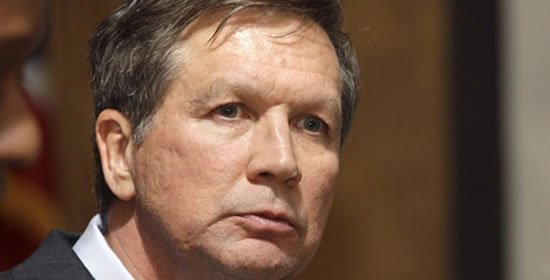 All amputees being treated in Ohio Veterans Affairs (VA) hospitals will be forced to share prosthetics after Governor John Kasich (R) formally denied a $5,000,000 grant from the federal government late last week. Under normal circumstances, veterans who lose a limb in battle are fitted for their own custom prosthetics. Without the funds necessary to continue this program, Ohio veterans will now have to share a dozen or so generic prosthetics across the entire state.

The federal grant was made available to Ohio last year after former Governor Ted Strickland appealed to Congress for assistance because of the increased volume of amputees returning from Iraq and Afghanistan.

In a speech at Ohio State University on Sunday, Kasich said the grant is unnecessary and is a prime example of “irresponsible liberal deficit spending.”

“The federal government is 14 trillion dollars in debt,” Kasich said. “I won’t stand by and let President Obama waste our hard-earned tax dollars on these freeloading veterans of foreign wars.”

Kasich originally told the Obama administration that he would accept the funding if a percentage could be allocated for his own set of prosthetics. After the administration declined his request, noting that the governor had no need for prosthetic limbs, the funding was denied.

Kasich said he is not worried about any backlash from war veterans or the public at large.

“I think most of the hard working, decent people in Ohio agree with me that there are better things we could be spending our tax dollars on than war veterans crying for a handout. ‘Ooooh, I want to be able to walk up to my house to see my child for the first time.’ Please. Watch out for the land mine next time, idiot,” Kasich said. “And what are these veteran amputees going to do to stop me? Walk up to the voting booth on imaginary legs in three years? Press the button for another candidate with the arm or hand they don’t have? Not if I can help it.”

VA nurse Bonnie Bennington was disappointed by the governor’s decision.

“It’s really unfortunate that we elected someone so counterproductive and cruel. His choices are causing us to neglect those who matter most,” Bennington said. “I bet if the money were going toward cardboard cutouts of Jesus for veterans who lost their faith, Johnny Boy would jump right on board.”

Following his speech on Sunday, Governor Kasich traveled to a Columbus VA hospital to personally deliver the news to a select group of veterans. Before making any comments, Kasich staffers removed all but four prosthetics from the more than fifty that were in use at the hospital. Without the federal grant, the governor said he had to confiscate at least 45 prosthetics because they had an undetermined value, and may not be affordable after the passage of the new state budget. Kasich said his administration will allow the free market to decide how much the prosthetics are actually worth by selling them back to the public at his annual yard sale in July.

Surrounded by the group of wounded veterans — some balancing on one leg, others in wheelchairs, several more lacking one or both arms — Kasich laid out his plan for how the remaining prosthetics would be shared.

“A rotating schedule will be followed throughout the week,” Kasich said. “On the weekends, access to the available prosthetics will be granted based on a priority request system.”

Kasich shared the details of the arrangement, explaining that use of the hospital prosthetics for important events such as weddings and funerals would be granted before requests for extra-curricular activities or employment. Veterans would be responsible for cleaning the prosthetics after each use and returning them unsoiled to the checkout desk before they are given to the next veteran in line.

A pamphlet explaining the “benefits of asking able-bodied people to do things for you in the absence of prosthetics” was provided to everybody in the audience. Kasich said the goal of the handout was to reduce the risk of depression among veterans who are missing limbs.

Veterans near the podium thought they heard Kasich laugh and mumble that he would rather kill them all than pay for their medical treatment, prompting a chaotic ripple of jeers and curses to resonate through the crowd. If more of the audience had possessed their arms and legs, it is likely that the affair would have turned into a full-scale riot.

Sergeant Tim Mentos was the most visibly upset veteran during the speech. A 2004 explosion in Iraq left him without his legs or vocal cords. Lacking the verbal and ambulatory means to properly demonstrate his outrage, he signed to his son who was standing at his side to toss him toward the governor in order to deliver an elbow drop. He was caught in midair by the governor’s security detail and nearly beaten to death by guards who were wielding some of the newly confiscated prosthetics.

When one veteran asked whether he should go ahead and kill himself, Governor Kasich shrugged his shoulders and said, “Whatever floats your boat.” The response prompted the man to grab a security guard’s gun and shoot himself in the skull. As he was wearing one of the four prosthetics left in the building, the gun shot induced a scramble as other veterans fought viciously for its use.

Ten year military veteran and amputee John Walker said this wasn’t the first time he had been raped by the government and that the new policy really didn’t surprise him.

“We aren’t surprised when politicians send us off to war and we end up maimed,” Walker said. “So there’s no reason anyone should be surprised when they put their fully functioning foot up our ass when we get back home.” 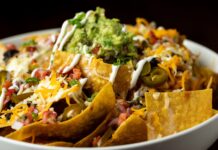 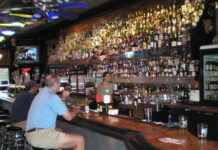